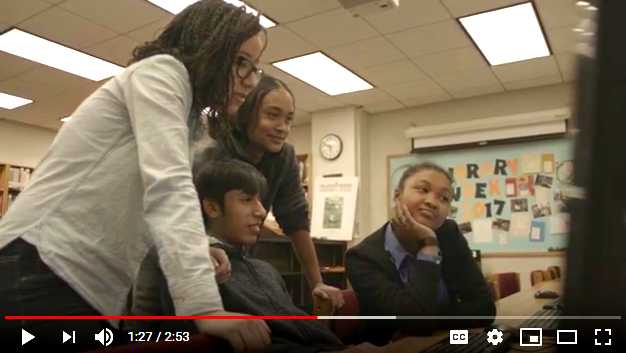 NEW YORK (FOX 5 NY) – The Holocaust, the civil rights movement, Japanese internment camps and the Rwandan genocide: they are just a few of the dark moments in history sparked by hatred and intolerance.

He is behind an initiative called the Tour for Tolerance. The idea is to transform a bus into a high-tech interactive classroom, to bring lessons of fighting hate right to students doors.

“They’ll come on the bus and as soon as they sit down they’ll be transported into a historical event,” Tingling explained.

The bus would be outfitted with video screens that show holograms of Holocaust survivors, members of the civil rights movement and more. Tingling is working with the USC Shoah Foundation, which created the technology used in the Museum of Jewish Heritage’s “Dimensions in Testimony” exhibit.

“From that we’ll be able to talk about bullying, anti-social behavior, anti-Semitism, racism,” he said.

The hope is that one bus could reach 50,000 students per year by traveling to schools all across the five boroughs.

In addition to offering interactive video programming, the goal is to also showcase living history by have someone who lived through the civil rights movement, or a Holocaust survivor on board to tell their story in person.

Holocaust survivor Sami Steigmann is among those participating in the project.

“[Young people] have to know how to fight hatred, to make it a better world for themselves, their children and grandchildren,” Steigmann said.

He was barely a toddler when his family was taken to a Nazi labor camp in Ukraine.

“Since I was so young, only a year and a half, obviously I could not work so I was subjected to Nazi medical experimentations,” he recounted.

About a decade ago, Steigmann started to realize there were fewer and fewer survivors like him, so he dedicated his time to educating young people about his family’s horrific past. The Tour for Tolerance is a natural fit.

The project is currently trying to raise $150,000 dollars in hopes of buying a bus and creating a prototype of the exhibit within a year.

Tingling and Steigmann said that, in light of the uptick in hate crimes and anti-Semitism, it can’t come soon enough.

“Unfortunately in today’s society we have forgotten how to disagree is a civil way,” Steigmann said. “If we don’t learn from the past, history will repeat itself.”