March against anti-Semitism draws 25,000 to New York City: ‘No Hate, No Fear’ 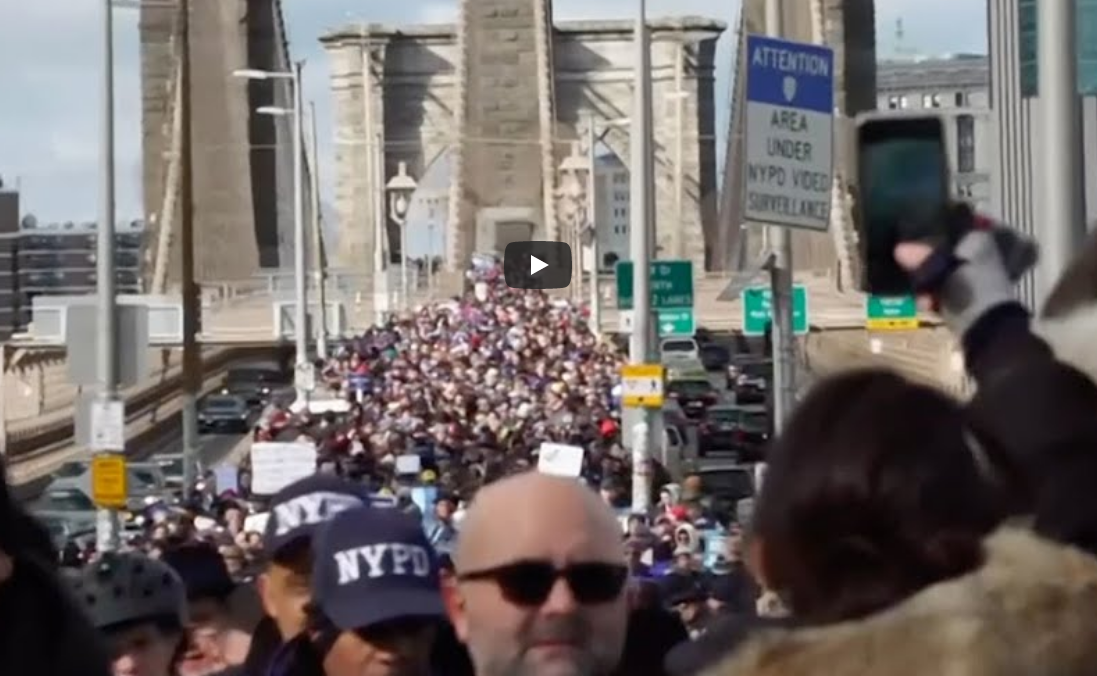 March against anti-Semitism draws 25,000 to New York City: ‘No Hate, No Fear’

NEW YORK CITY – Thousands of Jews and non-Jews alike took to the streets of New York City on Sunday, marching across the Brooklyn Bridge in a dramatic show of cross-faith unity after a string of bloody anti-Semitic attacks in the region.

Chanting “No Hate, No Fear,” a crowd estimated at 25,000 from New York, New Jersey and beyond assembled at Foley Square in Lower Manhattan under clear, crisp skies and a heavy police presence.

New York Gov. Andrew Cuomo joined the crowd and announced $45 million in additional state funding to beef up security around house of worships, schools and other religious institutions, days after a man wielding a machete stormed into a rabbi’s home in Monsey, New York, sending five people to the hospital.